The Crush Syndrome...expect the unexpected...

Recently I had to handle this uncommon desease....never happened to me in years of work as a civilian Resident!!!!!

Nevertheless this is a Syndrome well known by military doctors and doctors working in Developing Countries.

At the moment I had some doubts about treatment: Fluids ok but.....Bicarb or not Bicarb....and what about Mannitol???!!!

Finally I decided just for optimal fluid resuscitation...everything went in the right way and ARF was avoided....But I decided to go deeper inside the world of disaster medicine and The Crush Syndrome...
These my Findings:


The Crush Sindrome is a tipical war illness that occurs especially where bomb shellings are frequent (look for exemple to the present Sirian conflict); 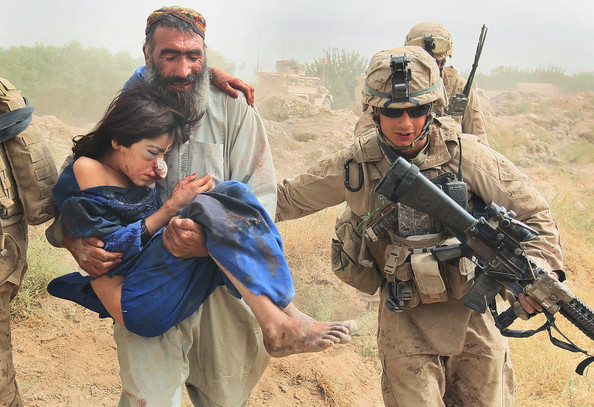 Endeed  the modern history of Crush sindrome begins with Bywaters’ and Beal’s description of the entrapped bomb victims of London during WWII; However large numbers of patient with Crush sindrome have been reported also after the collapse of mines, landslides, hearthquackes, building collapses and severe beatings. 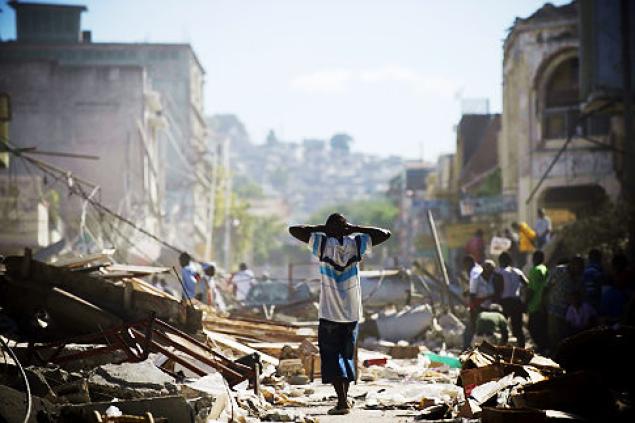 RhabdomyolisisThe etiological feauture of Crush Sindrome is Rhabdomyolisis: Direct compression of muscles causes muscle ischemia, as tissue pressure rises to a level that exceeds capillary perfusion pressure; Prolonged muscle compression and the subsequent ischemia imply  the activation of lithic enzimes, Lipid peroxidation, Decreased ATP production and an increase of Neutrophil chemoattractants. Skeletal muscle can tolerate warm ischemia for up to two hours without damage. Two to four hours of ischemia lead to irreversible anatomic and functional changes, and muscle necrosis usually occurs by six hours of ischemia; on the other hand When the compression is relieved, the muscle tissue is reperfused. Reperfusion determine an increased local concentration of  Neutrophiles that are responsible for the production of large amount of  proteolytic enzymes, free radicals and hypoclorus acid. All these factors together contributes to produce muscle cells membranes damage, cellulare swelling, lysis and accumulation of fluid in the interstitial space
Muscle ischemia followed by reperfusion (ischemia – reperfusion injury) represents pathophysiologic mechanism of rhabdomyolisis.
In muscle groups confined in tight, fibrous sheats with low compliance (calf, forearm etc…), intracompartmental pressure rises quickly, leading to muscle tamponade and myoneuronal damage; the so-called Compartment syndrome. 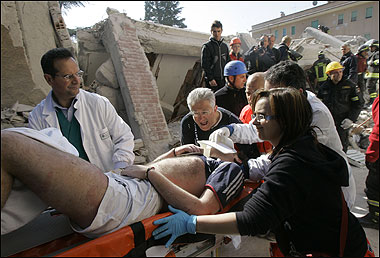 Crush Syndrome is the aftermath of muscle compression relief or correction of vascular compression;
Three are the essential pathological and clinical features:
v Hypovolemia: Large volumes of intravascular fluid can be sequestred in the involved extremities due to increased capillary permeability, depleting  intravascular volume and resulting in hypovolemic shock.
Hypovolemia is often the first manifestation of Crush Syndrome.

v 3)Acute renal failure: 4 to 33% of patients with rabhdomyolisis will develop ARF; This is a consequence of three main mechanisms:
A)Decreased renal perfusion:
It results from the Hypovolemia and the stimulation of the Renin-Angyotensin-Aldosterone axis with subsequent  renal vasoconstriction in presence of Myoglobin. 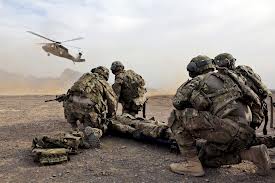 ·      History:
Patients in whom there is a history of being  entrapped for a
prolonged period of time.

·      Physical findings:
Interested extremities may appear swollen, cool and tense.
Patient may have severe pain out of proportion.
Anaesthesia and paralysis of extremities maybe present. 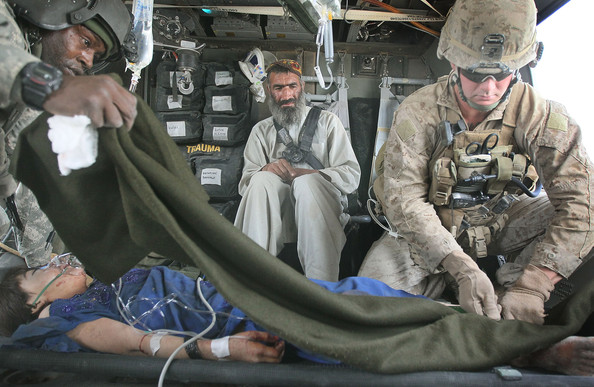 N°1)Many authors and studies have shown that an early and large crystalloid infusion is alone sufficient to produce a good solute dyuresis  and to mantain alkalotic urine.

-Before and during extrication:
A)Establish large bore IV access in a free arm or leg vein.
B)Obviously avoid Potassium and Lactate containing IV solutions.
C)At least 1 L prior to extrication and up to 1 L/h (short extrication time) to a maximum of 6-10 L/d in prolonged entrapments.

-Hospital care:
IV crystalloids aiming to establish and mantain urine output between 100-300 cc/h until pigments have cleared from the urine. 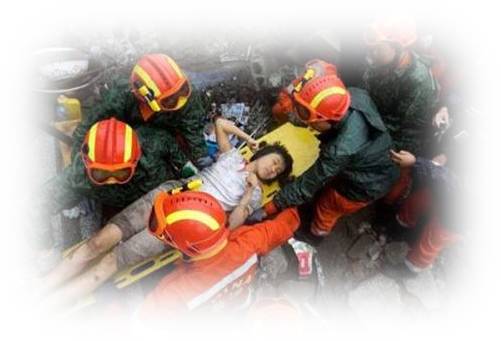 N°2)Experimental studies have shown that induction of solute dyuresis with Mannitol and urine alkalinization with Bycarbonate added to fluid resuscitation can contribute in prevention of ARF:

-Before and during extrication:Same as in N°1:
1)Establish large bore IV access in a free arm or leg vein.
2)Obviously avoid Potassium and Lactate containing IV solutions.
3)At least 1 L prior to extrication and up to 1 L/h (short extrication time) to a maximum of 6-10 L/d in prolonged entrapments.

-Hospital care:
1)IV crystalloids aiming to establish and mantain urine output between 100-300 cc/h until pigments have cleared from the urine.
2)Add Sodium bicarbonate to the IV fluid (1 amp/L D5W) to alkalinize the urine above a pH of 6.5.
If unable to monitor urine pH, put 1 amp in every other IV liter.
3)Administer Mannitol, 20% solution 1-2 g/Kg over 4 hours (up to 200 g/d) in addition to IV fluids.

In my personal point of view I’d choose school N°1:
on one hand I don’t like to push amps of Bicarbonate, on the other hand there are few evidences in favor of Mannitol use. Furthermore as I said above studies showed that crystalloids infusion started early is sufficient to produce good solute dyuresis and to mantain alkalotic urine.

ACUTE RENAL FAILURE:
Despite adeguate resuscitation and prophylaxis against Myoglobinuric renal injury, up to one third of patients develop ARF.
Therapy is continuous HEMODIALYSIS.

Experimental studies have found that irreversible muscle and nerve damage occur after 6-8 h of total ischemia.