Obviously I think to ROYAL FLYNG DOCTORS OF AUSTRALIA!!!!

As you know I'm a great Fan of Ketamine and currently I'm trying to overcome the big diffidence that surrounds this great medication in Italy!!!!

Just because I spoke a few time ago about Intranasal Medications I decided to search and go deeply inside the Intranasal use of Ketamine.....

Ketamine Intranasal has been studied in the civilian setting as a sedative agent for procedural sedation in childrens and in the military setting by the US Army as an analgesic for battlefield casualties.

Several studies compared Intranasal Ketamine alone or in combination versus other sedatives for procedural sedation with the aim to perform dental procedures, CT scans etc.  in childrens: 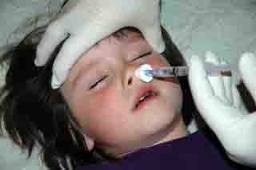 Use of Ketamine IN has been recently implemented by US Army as an alternative to IM Morphine or oral transmucosal fentanyl citrate (OTFC) for Analgesia in Battlefield casualties unable to continue to fight. 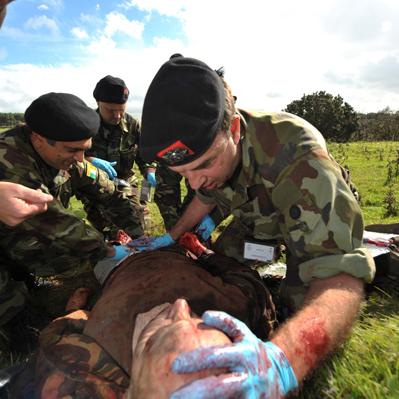 -Avverse effects: Few events reported;for the most modest in severity such as Dizziness, fatigue, nausea
changes in vision, feeling of unreality.

- Use of Ketamine not allowed in TBI (Traumatic Brain Injuries) and Ocular Traumas. 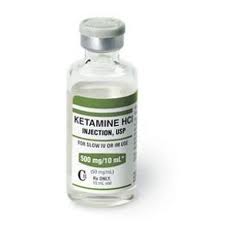 -Use of Ketamine Intranasal for procedural sedation and Analgesia is very promising.

-Unfortunately there are still very few studies on this topic and populations took onto consideration are very small.

-Use of Ketamine Intranasal for analgesia in adults has been studied just in the military setting (PMI 100 study); I couldn't find anything about the civilian setting.

-I couldn't find any study showing statistical frequency of the main two adverse effects of Ketamine ( Laringospasm; Emergence reaction) after its Intranasal use for procedural sedation and Analgesia;

In any case these are rare complications even after IV administration of Ketamine with Anaesthetic doses (1 - In two large trials conducted in emergency departments, the risk of laryngospasm in childrens, who are recognized to have a higher incidence of laryngospasm than adults, was 0.4 percent and 0.07 percent. 2- Emergence reaction has been showed to be uncommon and generally associated with higher (anesthetic) doses of Ketamine).

For now Intranasal use of Ketamine for procedural sedation and Analgesia is still OFF-LABEL therefore BE CAREFUL when you opt for this technique;

More studies are needed in future;

However all the studies available at present showed that Ketamine by Intranasal route of administration is an easy, fast and effective way to perform short sedations and to relieve pain.

The future is very promising!!! 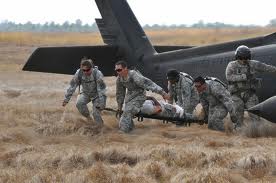 Hi Guys!!!
Finally I MADE IT!!!!!!!!
I registered for SMACC 2013 in Sydney (Australia).....The best and most Innovative EM and Critical care Conference in the world.........
I'm going to post updates and pearls from the Conference via Twitter and on this Blog so from MARCH 11 to MARCH 13 stay tuned on this site or follow me on Twitter (@docvpb) and don't miss.... because the Revolution is just Began!!!!!!!! 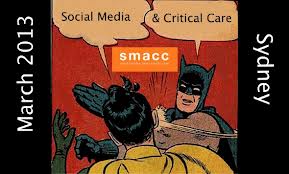 It's about the Outstanding Intranasal way of Administration!!!!

Below the Video of the talk.....Enjoy and sorry in advance for my Italianish English Accent.....

Here a Video series about Retrieval Services across the world: very Tough STUFF!!!
Relax and Enjoy.......

Posted by docvpb at 1:29 AM No comments: