Damage control resuscitation is a new concept born in the military setting and currently on ongoing implementation in the civilian setting also.

Trauma patients with life-threathening bleeding often develop or are at risk of developing the so-called "Lethal triad"(Acidosis, Hypothermia and Coagulopathy); correction of this features is of the paramount importance.

But which are our weapons in the fight to achieve this goal??!

Today i will address the new Trasfusion ratios:

Due to several years of experience in the two main war theaters: Afghanistan and Iraq, military surgeons have found that traditional approaches to resuscitation in terms of the ratio of blood products often fail to effectively treat the coagulopathy of massive bleeding casualties.
This observation has been concurrently noted in the civilian trauma literature

In the most of cases the traditional approach is as following:
Packed red blood cells(PRBC)/Fresh Frozen Plasma(FFP) ratio 3:1
Platelets usually infused after 10 U of PRBC.

Data pubblished by physician in theater showed improved patient survival when higher ratios of FFP and PRBC is achieved, plus the use of platelets.

Some military studies shows big benefits in terms of mortality with a trasfusion protocol:
PRBC/FFP/Platelets 1:1:1

Just as a useful example i have attached the damage control resuscitation protocol (Image below) implemented by the UK defence medical services (in the references the pubmed link: the fulltext is for free). 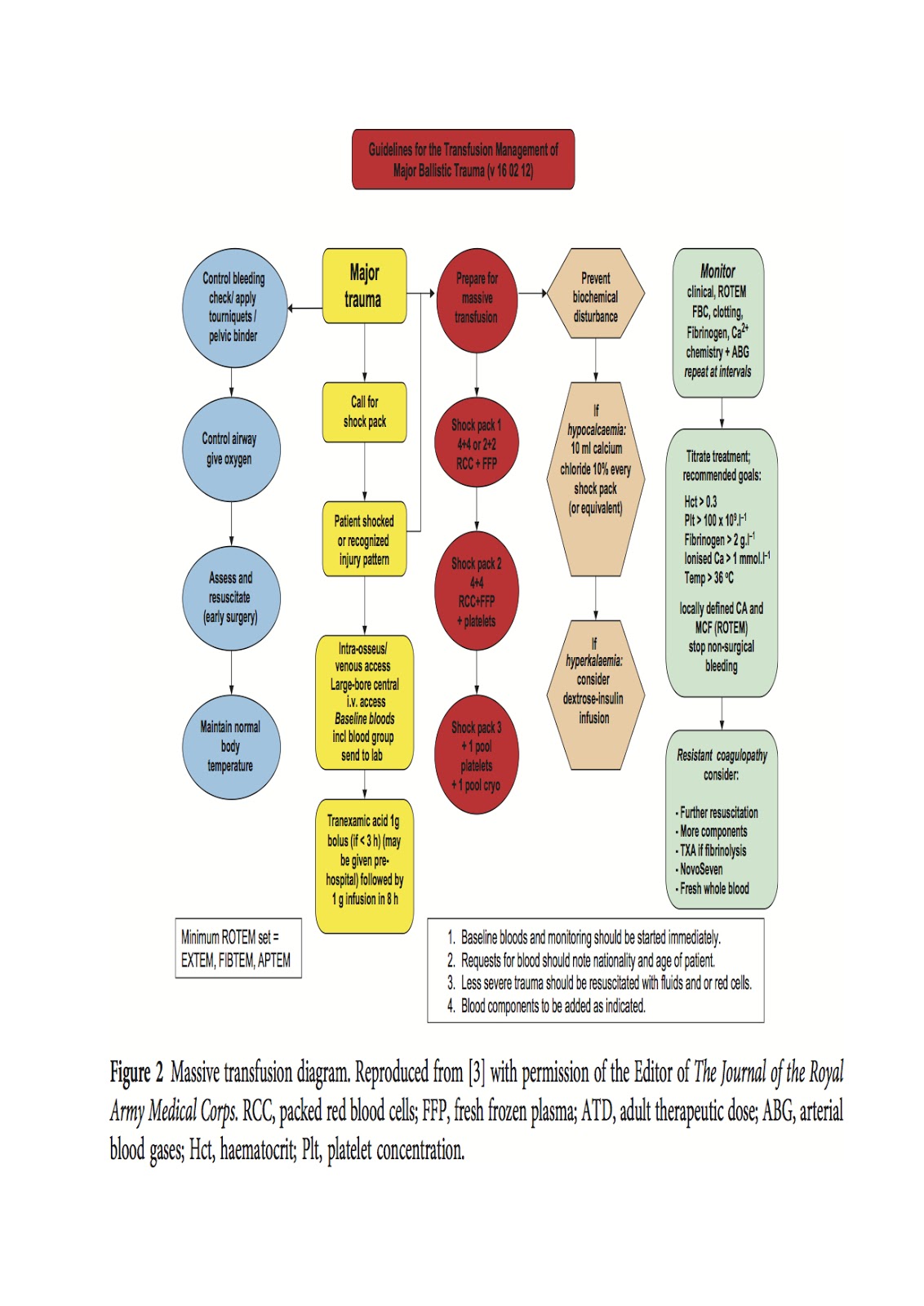 Finally i found an other interesting pubblication from The Journal of Trauma (check references):
they found that high transfusion ratios with FFP and Platelets in patients not requiring massive transfusion don't increase Mortality but increase MORBIDITY so
beware because clinical assessment especially in the civilian setting is as always of utmost importance.

I hope this post was of interest, i'll write more in future about the other features of Damage control resuscitation;
in the mean time,

Have a good day on the EDGE. 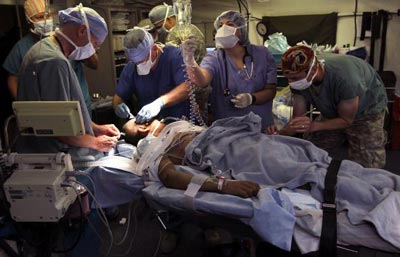